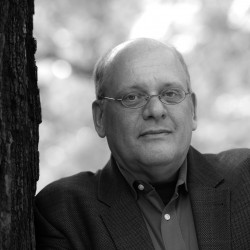 With his successful works for the stage, Detlev Glanert is one of the most-performed living opera composers in Germany today. His operatic, orchestral and chamber music is informed by a highly lyrical musical language and displays an affinity with the Romantic tradition, coloured by a contemporary perspective.

In the 2022/23 season there are several world premieres and first performances. Highlights are the world premiere of the “Prague Symphony. Lyric Fragments after Franz Kafka” (Symphony No. 4) in Prague with the Czech Philharmonic under Semyon Bychkov, which will be followed by further performances with the Leipzig Gewandhaus Orchestra and the Royal Concertgebouw Orchestra, as well as the German premiere of Glanert’s orchestral work “Idyllium” with the Staatskapelle Weimar (Andreas Wolf) and the Japanese premiere of the 2nd Violin Concerto with Midori and the New Japan Philharmonic (Ryan Bancroft) at Suntory Hall Tokyo. In the field of opera, there are revivals of “Oceane” at the Deutsche Oper Berlin and “Caligula” at the Deutsches Nationaltheater Weimar. In 2023/24 the world premiere of the opera “The Jewess of Toledo” is scheduled for the Semperoper Dresden.

Detlev Glanert’s instrumental oeuvre includes four symphonies, solo concertos for piano, piano duet, violin, harp, trumpet and tuba, and numerous pieces for orchestra and chamber-music ensembles. Glanert’s 14 music-theatre pieces have all been staged and performed many times and he has received several prizes for his operas, including the prestigious Rolf Liebermann Opera Prize in 1993 for his first full-length opera, “The Mirror of the Great Emperor,” and the Bavarian Theatre Prize in 2001 for the comic opera “Jest, Satire, Irony and Deeper Meaning,” his most successful stage work to date. For “Oceane” he received the Oper!Award in 2019 and the OPUS Klassik in 2020 as “Composer of the Year”, as well as the International Opera Award in 2020/2021.

Detlev Glanert was born in Hamburg in 1960. He learnt trumpet, tenorhorn, double bass and piano. From 1980 to 1982, he studied composition with Diether de la Motte in Hamburg, then going on to train with Hans Werner Henze in Cologne from 1985 to 1989. In the summer of 1986, he undertook further studies with Oliver Knussen in Tanglewood.  For altogether 10 years, Detlev Glanert lived in Italy, where for five years he headed the “Istituto di Musica” and for three years the “Cantiere Internazionale d’Arte” in Montepulciano as their artistic director. In 1992/1993 he held a grant from the German art institute “Deutsche Akademie Rom Villa Massimo” in Rome. In 2003 he was composer-in-residence in Mannheim, and held the same position at the Pacific Music Festival in Sapporo in 2005.  He has lectured and taught composition classes in Aspen, Genoa, Montepulciano, Melbourne, Jakarta and Sapporo, among other places.