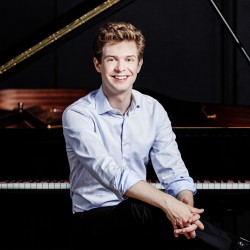 For his latest CD on Sony Classical Alexej Gorlatch recorded works for piano and orchestra by Igor Stravinsky with the Rundfunk-Sinfonieorchester Berlin conducted by Alondra de la Parra. This CD, as well as the recordings he made on OehmsClassics, BR Klassik, Genuin and RAM, and the releases of his live performances on the Edition Ruhr Piano Festival and the BR Klassik labels have been greeted with great acclaim.

Season 2020/21
Please use only the latest biography. Changes may only be made after consultation with f r e i t a g a r t i s t s.